A Tribute to All the Forgotten Women

Women have been subjected to discrimination throughout the ages in nearly all walks of life and in this respect, science is no different. While looking for women scientists to write about, I came across an astounding number of names – names of women that barely received recognition for their work. Most of them saw their male counterparts take credit for their work and worse still is that some of their achievements are still not acknowledged today. This is such a rampant and common thing that science historian Margaret Rossiter coined a term for it: the ‘Matilda effect’, after Matilda Joslyn Gage, who described the effect in the 19th century.

The Matilda effect is the phenomenon that women’s accomplishments tend to be co-opted, outright stolen, or overshadowed by those of male peers. 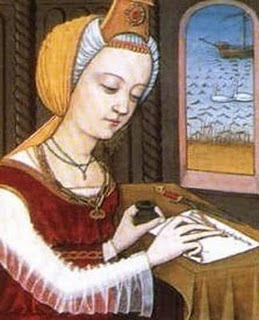 The earliest known victim of the Matilda effect is from the first half of the 12th century – Trota, an Italian physician. She originally gained fame across Europe for being one of the first to thoroughly study the female anatomy and develop safe methods of treatment for women. Until then, male physicians did not know much about the female body and resorted to torturous methods to cure female ailments. Trota contributed to the book Trotula, a collection of three books about medicine. She not only wrote about what could cure women’s ailments but also noted what actually worked in practice. However, after her death, her works were credited to her husband and son. Over the years, people have mostly forgotten about her existence and her contribution to medicine.

Here’s a fun fact – the first ever PhD was awarded in 1150 in medieval Paris. And while the first female student to graduate from Utrecht University was in 1636, Anna Maria van Schurman graduated without ever actually receiving a degree. It wasn’t until 1732 that a woman, Laura Maria Caterina Bassi, received a PhD in a science field. She also went on to become the first ever woman to earn a professorship at a university. It took nearly six hundred years for a woman to even be considered for something that many men could do.

In 1905, Nettie Stevens discovered the X and Y chromosomes – later called the sex chromosomes since they help in determining the sex of a fetus. This was a revolutionary discovery because until then, miscellaneous factors were thought to play a role in this. Early records suggest that Aristotle thought the temperature of the father’s body during ejaculation was the determining factor. Despite Stevens making this groundbreaking discovery, her mentor and colleague E.B. Wilson received most of the credit for her work. Both were working on the same problem at the same time, but Wilson only concluded his work after he saw her results. He still believed that environmental factors played an important role for the determination of the sex of the fetus. Stevens, on the other hand, said it was purely dependent on the chromosomes. But at the end of the day, Wilson was still a more celebrated scientist and more importantly, a man. Stevens died of breast cancer at a young age and was mostly forgotten. 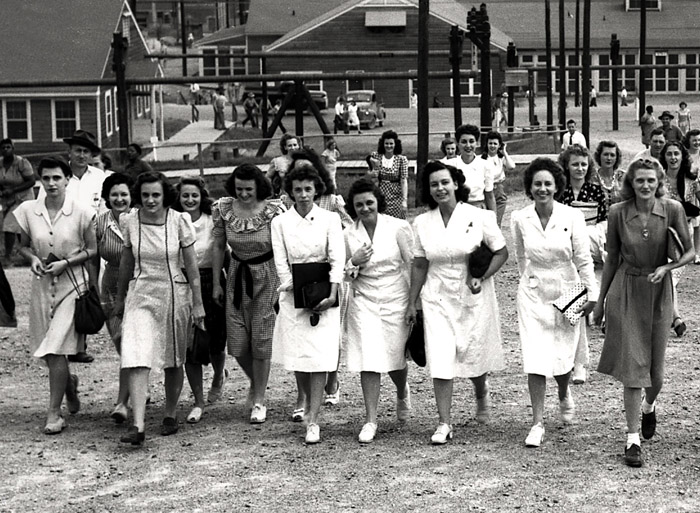 During World War II, the Manhattan Project gained importance for the war and many scientists were recruited during the time. This was one project in which many, many women participated –  some were graduate students, some had followed their husbands and had been recruited and some even had PhDs. Most of these women have been forgotten but a few names have managed to stick out – Elizabeth Graves, M. G. Mayer and Chien-Shiung Wu are some to name a few.

Chien-Shiung Wu, also known as the Dragon Lady or the Chinese Madame Curie, was an exceptionally strong and smart woman who faced both sexism and racism throughout her life. She had a difficult life as she was also painfully separated from her family but none of these things stopped her from achieving great things. After she moved to the US to do her PhD, she was eventually recruited into the Manhattan Project where she worked on the atomic bomb. After World War II was over, she continued to do research on the conservation of parity – a symmetry principle in elementary particle physics that she had obtained experimental results for. However, her male colleagues ended up getting credit for her work and received the Nobel Prize in 1957 while Wu was left unacknowledged. Later in her life, until she passed away, she regularly fought for gender equality in terms of opportunity and pay.

Maria Goeppert Mayer, on the other hand, did receive the Nobel Prize in 1963 for proposing the nuclear shell model for the atomic nucleus. But she wasn’t appointed as a salaried and full-time professor until ten years after she had discovered it. This story particularly blew my mind because it seems to be a perfect example of unequal opportunities being meted out. Mayer discovered a completely new model for the atomic nucleus but had to wait about a decade after that to be allowed to teach and get paid while her male counterparts achieved the same fairly easily.

In 2018, Donna Strickland became the third woman to receive the Nobel Prize in Physics. She received it for the amplification of laser power in short bursts which greatly contributed to laser eye surgery. Strickland grew up in a relatively well-off Canadian home and had very supportive parents. When interviewed after receiving the Nobel Prize, she said she had never been discriminated at the workplace or been given lesser opportunities just because of her gender. But what’s surprising is that her male counterpart, Gerard Mourou has had his own Wikipedia page for over a decade while Strickland didn’t have one until after she received the award. There was an attempt to make one a few years ago but the moderators had rejected it, reasoning that the “submission’s references do not show that the subject qualifies for a Wikipedia article,”. The reasoning was rather biased because by then, Strickland was already the President of the Optical Society and also the publisher of some major journals – achievements that should easily be enough for her to earn her own Wiki page. Now, I understand that this doesn’t seem like a lot – so what if she didn’t have a Wiki page? But while that didn’t stop her, the matter is symbolic of deeply rooted sexism.

After all this, I think it isn’t a secret that fewer women are seen in STEM (Science, Technology, Engineering and Mathematics) fields. Even at my own university, the University of Amsterdam, the male-to-female ratio in every class is very high. But does this mean that men are better than women in STEM fields?

A study conducted by The Guardian found that while men are better at spatial tasks, women are better at verbal recall tasks but this doesn’t necessarily prove that either sex is better at science. The researchers studied the results of students from various parts of the world, while taking external factors into account. Girl students perform as well as boys and in a lot of cases, even outperform boys in science and mathematics. However, a gender stereotype drives them to choose other fields after high school. In conclusion, men and women are approximately at par when it comes to science. The study found that the main problem lay in little girls not having enough role models to show them that science is not necessarily a job for men.

An interesting person worth mentioning at this point is Rohini Godbole, a scientist at the Indian Institute of Science in Bangalore, India. She was a visiting professor at UvA last year and in her time here, she managed to encourage and convey the need for women scientist role models for little girls. Besides being awarded the Padma Shri (one of the highest civilian awards in India), she has also written and compiled books for high school students. Lilavati’s Daughter is a collection of biographical essays on Indian women scientists, aimed at high school students, while The Girl’s Guide to Life in Science is meant for primary school students.

The voices of snubbed women of the past are haunting and definitely something that should drive us to create a better world for little girls and women everywhere. Through the ages, sexism and patriarchy have developed in various ways but the main point is that they never disappeared. They’ve taken different forms but the general mindset and notion of inequality still exists. Today, we can talk about these things. I’m writing this article, for example, something many women in the past couldn’t do. As a woman attempting to become a scientist, I feel so strongly about few other things. Let’s all do our part and try to influence a better mindset – for the forgotten voices and for future voices which will hopefully be heard.